What do you care about most when buying perfume? Taste or bottle design? Let us talk about perfume packaging today. The design of perfume bottles is an art. When you walk past the perfume counter, it feels like visiting a small sculpture garden. There are so many wonderful bottles, from hand-painted glass bottles to decorative sculpted bottles, dazzling people. Not surprisingly, collecting perfume bottles has become a popular hobby. In each of the past ten years, through each unique perfume bottle, you can see the changes in bottle design. Let us take a look at the history of the design and development of a century of perfume bottles.

In the first decade of the last century, the Art Nouveau style reached its peak, and most of the designs of perfume bottles appeared in whimsical, fancy and elegant and dignified forms, such as the 1905 L.T. Piver’s Floramye perfume. In this period, the material of perfume bottles generally used crystal. Decorated with gold lettering and brass bottle caps, cork stoppers are usually used as bottle stoppers to prevent the odor from spilling. When using it, use something like a probe to dip perfume into the wrist and neck.

The first spray perfume appeared. The first perfume sprayers were called “perfumizers,” which turned liquid perfumes into good sprays. After the birth of the sprayer, a new industry appeared, and manufacturers began to make all kinds of decorative empty bottles with spray function. Some sophisticated ladies are encouraged to store her favorite perfume in these bottles with sprayers, so that the perfume can last as long as possible. In that era, spray perfume bottles were very expensive.

The most popular perfume bottle in 1907 was called DeVilbiss. The perfume bottle has a graceful curve and a few glass flowers on the top of the bottle. Once the bottle was launched, some people believed it would be very popular.

Surprisingly, during the First World War, American soldiers brought perfume from overseas to give to their sweethearts, which caused an increase in the demand for perfume. With the increase in perfume sales, perfume companies in the United States have sprung up. They have collaborated with fashion designers, and new bottle designs have emerged one after another. At the same time, the launch of luxury bottle designs by some perfume manufacturers also reflects the prosperity of the perfume industry. The smell of perfume has also become more international. The packaging design concepts of earlier times such as fancy and whimsical have been abandoned, and more urban design inspirations have emerged. Lentheric’s Miracle (1924), A. Euziere’s Atakor (1925), and three perfumes from Jean Patou (Le Sien, Amour- Amour and Que Sais-Je) can fully reflect the characteristics of perfume bottle design in the 1920s.

Although the well-designed bottle body made this perfume very popular throughout the 1920s, the smell of perfume that can stand the test of time has always been popular. For Chanel No. 5, they chose a simple rectangular bottle with a glass stopper and a paper label. The simple design can attract more attention, making you naturally want to buy a bottle of innovative perfume from Coco Chanel.

When the financial crisis approached, perfume sales dropped unprecedentedly. Many perfume manufacturers around the world have been forced to close, and those wonderful perfume bottles have temporarily disappeared. Complicated, hand-made containers have appeared in the past ten years, and now they are replaced by cheap, cookie-cutter bottles. Some perfume companies chose mass-produced cheap bottles and made some eye-catching outer packaging to attract consumers: these Coty perfumes from the 1930s were poured into a glass high heel to attract attention.

Since World War II ended in the mid-1940s, creative perfume bottle designs began to resurge, but the styles have become uniform. This has never been seen in the past ten years. The untimely arrival of the war ended the glass blowing industry, but people’s desire for artistic perfume bottles has continued to increase. Perfume makers have found a way to meet the citizens’ demand for perfume, that is, to create exquisitely shaped molds, so that these wonderful bottles can be mass-produced by machines. At this time, you can often see different companies launching the same wonderful bottle design, by painting on the bottle, or decorating with metal and plastic products, and distinguishing different brands with such a personalized design. For example, Germaine Lecomte’s Soir de Fête perfume was a very common bottle design at the time, but the metal decoration and satin-lined box gave this perfume a decadent feel.

The modern art movement began, abstract expressionism and surrealism became mainstream in their own way, and artists discovered that perfume clients are the most valuable in the world. The most prominent of these is Salvador Dali, who designs bottles for fashion designer Elsa Schiaparelli and Marquay perfume company. For Marquay’s perfume named “Rock’N Roll”, Dali chose the combination of abstract black and punk red as the overall theme, boldly using contrasting colors to make a tape-like label. This design concept was definitely gone at the time. At the forefront of popularity. For Schiaparelli’s Le Roy Soleil perfume, Dali’s design concept is a golden sunset, depicting a face with birds. The artist’s design inspiration has actually inspired Schiaparelli for decades.

During this period, many companies adopted perfume bottles designed by artists, and Dior and Lancôme were among these companies. Other craftsmen are also working hard to innovate. The hat maker Rose Valois designed a set of perfume composed of many small bottles for Marotte, each with a different hat shape.

In the 1960s, some craftsmanship and folk art from ten years ago came back, and hand craftsmen and independent glass blowing studios began to increase. This craze has led to the appearance of some very decorative and distinctive bottles, these designs are usually inspired by the fashion of the past ten years (angular shapes and bright colors). Even the large cosmetics company Avon also participated, launching nearly ten different perfumes, each with its own unique bottle shape and color. Our favorite: a perfume called “Miss Lollipop”, this perfume has a beautiful bottle curve, a soft pink bottle, and a playful face with a graffiti. Search Etsy and eBay, you may also be able to buy this perfume.

Women in the seventies became strong and independent, and their perfume was like a hot fuel, which made musk popular in this era (such as Houbigant’s Musk). The metal decoration is re-used in the design of women’s perfume, which is more neutral and practical: the bottle stopper is sometimes replaced by a screw cap, allowing the perfume to splash on the body instead of tapping it in the desired position. These simple designs allow liberated modern women to integrate luxury enjoyment into their busy lives.

In the 1980s, a revolutionary new concept was proposed: perfume was classified as a comb product. With the introduction of built-in atomization (that is, almost all perfumes you see on the market today), perfumes became truly portable for the first time. You can carry perfume with you, just like your lipstick, in your bag. Plastic has become a more commonly used bottle material, which makes perfume more widely used by female users.

Of course, we are talking about the 80s of last century, gorgeous has never left the theme of packaging design. The bottle becomes more gorgeous, heavy transparent or black glass geometric shape bottle, golden metal cap, and many other glamorous details. Dior’s Poison perfume is an example. When this perfume was launched in 1985, it was a dark purple round potion bottle with a stopper made of Crystal City.

In the mid-nineties, business outsourcing began to rise. As outsourced labor and packaging became cheaper, the price of perfume began to fall. Even high-end perfumes are sold in pharmacies, alongside cheap glass and plastic perfume bottles. With the development of the times, prices have become cheaper, and perfume bottles have become disposable items. Designers began to design perfume packaging just like toiletries, such as Ralph Lauren’s “Polo Sport,” which looks like a bottle of shampoo.

Labor and materials no longer burden manufacturers as much as before. For example, color coated glass and lightweight plastic are readily available. Perfume manufacturers have begun to make the most of these materials to design bottles. You can find abstract glass, metal, plastic, and even wooden containers, bottles of various shapes and sizes filled with imaginary flavors. More celebrities and fashion designers have participated in the design of perfume bottles on the market. Complex and bold designs are now very common. For example, with an oval bottle and a golden beetle-shaped lid, when you spray perfume, you can clearly see the black perfume inside.

Obviously in the past 100 years, bottle design and perfume sales have a close relationship. Next, we can only imagine what we will see (and smell). Let us enter the next century! 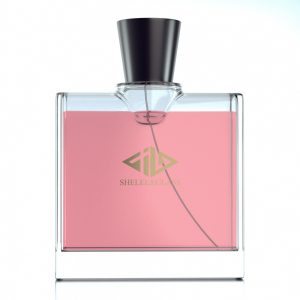 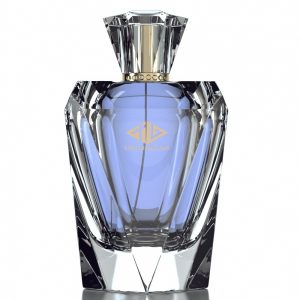