Why do perfume ads always have naked bodies and sexy curves?

If you look through a perfume advertisement, there are two images that you can’t ignore: a naked body and a sexy body curve.
Brut’s perfumes always tell stories around sexiness. “Behind every man who uses Brut, there is always a woman who likes his scent.” Brut’s 1985 ad for a cologne suggested the role of perfume in attracting the opposite sex. The message these ads want to convey is simple: spray the right perfume and you will be glamorous.

But this method doesn’t seem to work anymore. “Sexuality is not something that modern consumers want… 25 years ago, the human concept of gender is not so effective today.” Phlur CEO Eric Korman said. Founded in early 2015, Phlur, which only sells perfumes through e-commerce, has just launched six fragrance-type neutral perfumes, each of which tries to evoke a certain scene, the taste of outdoor, the taste of escape from emotions, and the desire to create a sense of inner confidence. The taste-in short, it can bring some freshness, rather than selling sexy.

In the past 75 years, the image of the perfume industry has always been full of sensuality, but now perfume manufacturers do not plan to do so. Because they found that the younger generation of consumers no longer pursue the kind of perfume that makes people smell super sexy, or has its own gender distinction. The direct reason why some female consumers dislike certain female perfumes is: “This really makes me smell too damn.”

Pinrose, a niche perfume brand in San Francisco, also doesn’t want to sell a consumer that smells sexy. On the contrary, its slogan is “For clever devils”-I want you to smell smart. Le Labo and Black Phoenix Alchemy Lab are doing similar things.
But this is not a whim for niche brands. The perfumes of many luxury brands are also changing the way they attract consumers. Prada recently launched a genderless perfume, and the advertisement uses artistic and surreal techniques.
In fact, like the reincarnation of all fashion items, this trend of “drawing a line with sex” in the perfume industry is also a retro.

The craft of making perfume began in ancient Egypt, when it was used to worship gods, and the ancient Romans and Arabs made further improvements to it. Perfume technology arrived in Europe in the 14th century, but until the Renaissance, perfume was only used by privileged people.
In the 19th century, perfume spraying was no longer confined to the noble and privileged class. At that time, beauty-loving women would use single-scented perfumes. The more popular scents were lavender, violet and rose. At that time, men also sprayed similar scented perfumes. It was not until the 20th century that perfume manufacturers deliberately made and sold male and female perfumes separately. In other words, retailers have educated the market to use male fragrances and female fragrances separately, and now they want consumers not to distinguish so clearly. However, the social effects of perfume at that time were still limited to hygiene and deodorization, and it was not as far-sighted as “increasing attractiveness”.

The new chemical technology allows perfume manufacturers not only limited to natural floral fragrance, which also provides more possibilities for perfume manufacturing. At the same time, in addition to fragrance, the design, packaging and advertising of perfume bottles have also become important. Perfume manufacturers prefer to work with well-known glass manufacturers such as Lalique and Baccarat. The most famous perfume at the time was Fougere Royale, produced by Houbigant in 1882, and it was a collection of freshly harvested hay.
When it comes to perfume with “sex” as its selling point, you may have to mention Chanel No. 5. In 1921, this perfume made by Chanel was the first synthetic floral fragrance. The famous comment about this bottle of perfume comes from the sexy Monroe, she said: “She only ‘wears’ Chanel No. 5 to sleep at night.”

Subsequently, the Youth Dew launched by Estee Lauder was very popular in the US market. The American perfume manufacturer has become a competitor that the French counterparts cannot ignore, and the two sides go hand in hand to transfer the protagonist of the perfume production story from France to the United States.
In the 1960s and 1970s, American society was experiencing the civil rights movement, the sexual liberation movement, and the women’s liberation movement. At the same time, rock music and youth movement were born. People have more unique and creative requirements on clothing, cosmetics and perfume. The smell of the perfume changed accordingly, using more musk and patchouli oil. Estee Lauder, Avon, Revlon and Elizabeth Arden became famous. At the same time, it also makes some strong fragrances that people can’t ignore.

At this time, designer perfume brands also began to appear in the United States. American fashion designers Norman Norell, Bill Blass, Anne Klein, Geoffrey Beene, Halston and Diane Von Furstenberg were the first fashion brands to launch their own perfumes. Later came Calvin Klein, Ralph Lauren, Donna Karan, Marc Jacobs, Perry Ellis and Tommy Hilfiger.
The exaggerated styles, exaggerated jewelry, and large shoulder pads that were popular in the 1980s also gave birth to many new sexy and flashy perfumes. YSL’s Opium and Dior’s Poison replaced most floral and fruity perfumes. Using these perfumes is like “announcing that you are coming before entering the room.”

In the 1990s, fashion entered the era of minimalism. The names of perfumes have also undergone some changes, such as Realities, Delicious and Pleasures, suggesting that these perfumes are softer, fresher, fruity and herbal. Minimalist ready-to-wear manufacturer Calvin Klein has launched a perfume made with vanilla and amber. But what is interesting is that Calvin Klein still uses its sexiest advertisement to display its “minimalist” perfume.
Genderless perfume was mentioned “again” during this period. Calvin Klein’s CK One is a successful example. Then, the sweet orange fragrance perfume launched by Thierry Mugler was very popular, and then the fragrance was also used in chocolate, and the pineapple and pelargonium fragrance appeared on the market unprecedentedly. Donna Karan’s subsequent launch of wood-scented perfumes was rated as “quite visionary.”

It seems that “flower and grass scent” and “genderless” are not new gimmicks that perfume manufacturers play now. As for whether it is sexy or not, it depends on who “endorses” it. Cleaning and deodorizing are the primary social functions of perfume products after they become popular, but as it becomes less difficult for humans to keep clean, it becomes important for people to “smelt and feel” while “sexy exists.” “Sense” is probably the result of an American perfume maker.

However, sexy is no longer the only selling point of perfume. Just as the garment manufacturers are also considering, how to make people look smart and comfortable is also very important.
“Sex may be a relatively simple way, but not necessarily the most sensible way.” Eric Korman said. 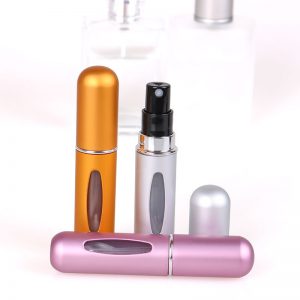 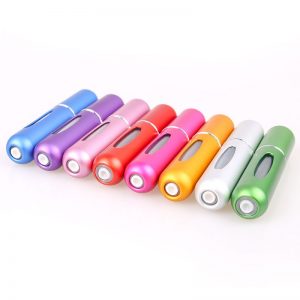